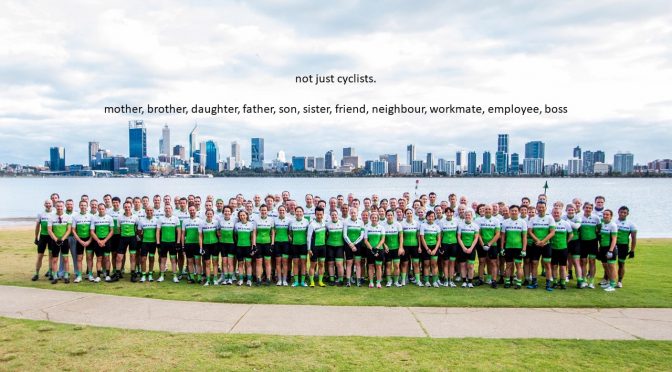 So the voting for our AGM closed last night and we had over 100 members vote on who they would like to represent them. Unlike our usual “hands-up” in the cafe after the ride, this time we had a proper online counted vote. This was quite fortunate since we had 9 nominees for the 7 general positions and the final position was down to just 3 votes. However, i am getting ahead of myself here.
Firstly, i would like to thank the outgoing committee for the work that they have done the past year. Of that committee, three people did not nominate for this year, so i would like to personally thank Belinda, Greg (mo) and Julian for the work that they have put in for not just last year, but in some cases multiple years of effort. Julian, for example has been on the committee since just after the clubs inception. Back then our biggest problem was what to call the second group on the road if the first group was called “fast”. Greg has been invaluable pulling together events like the Beverley and ToMR teams and moving forward he has set the standard to which we now need to live up to. Belinda has been battling on keeping the social aspects of the club alive in a time when we are struggling with engagement.
So to those three, I again would like to let you know just how much i appreciate your efforts, especially during a time in which I know I was not particularly well engaged.

On to this year and the nominees that the members had to choose from. With Julian standing down, Daniel had nominated for the Vice-Pres role which he had kind of been doing recently attending meetings on my behalf anyway. It was really a natural step. This left the Treasurers role vacant as according you our constitution you can’t hold 2 named roles. Daniel has been Treasurer for a number of years and it was always going to be a matter of releasing that control to someone he thought was capable.
Luckily Shirley has nominated for that role and has Daniel’s support to ensure a smooth transition. That just leaves the Secretary role that Amanda renominated for and the President’s role…and nobody wants that..so I nominated again.
As those roles need to be individually nominated for, voting was fairly straight forward with only 4 nominees, so all 4 have been elected.

The committee members that renominated for general committee positions (Rob, Greg, Dean, Steve and Andrew) still left places for 2 more and we luckily had 4 more first time nominees.
Mark is a fairly recent addition to SPR so it was good to see someone new wanting to help in the running of the club. Susie has been with SPR for years and nominated to hopefully give some representation to those that don’t ride in the faster groups. Nancy and Teneal are both fairly well known in the club and have both been instrumental in boosting women’s racing in the state.

However, the voting is up to the membership and who they want to represent them as we navigate the post-COVID landscape. The results of the vote on the general committee positions are shown below.

Unfortunately this means that Mark and Susie missed out on the general committee positions, however, there are opportunities in the race, training and social sub committees.

Congratulations to all that have been voted in. The most pressing matter will be how and when we resume club activities but as usual, there are other club tasks that are ongoing and will need attention.
The roles within the general committee positions get set at our first committee meeting, and the sub committee’s are then filled once a committee member is assigned to that area.

The President’s and Treasurer’s reports will be emailed out to those that requested them once they have been finalised. Any questions about those reports can be directed to the club email.

There were a number of questions asked of the club as part of the online form and i will attempt to answer them below.

In our constitution there are only 11 positions available. We can operate with less than that if we need to, but cannot have more. We will never turn away volunteers as there are other sub-committees that always need members to assist.

It still appears the club is heavily weighted to the Fast, One and Two groups I guess because these are most likely to compete. Am I wrong?

By heavily weighted, i am assuming that you are meaning in things like events etc that are promoted and discussed on the website. The club is organic. It grows to where the need is and that is what we tend to focus on. We also try to have a committee that is as diverse as the club, but it is also up to the members to vote in the people that will best represent them. As the club has grown, there are naturally going to form cliques of people that will want to do stuff together. However, I don’t feel that the club is that uninviting that people can’t move between groups to discuss issues. I will put this onto the new committee to ensure that there is more inclusion socially once we are up and running again, to ensure that everyone’s voices get heard.

1. What’s the plan with the club van? It appears to be underutilised. 2. What’s the strategic plan of the club in the next 5 years with AusCycling in the radar?

The initial intent of the club van was to get all the club gear out of my garage so i could buy more bikes for the kids. It also allowed a central spot for anyone that required any of that equipment and meant that a tow-bar wasn’t required. It is underutilised especially compared to how much we used to attend races. I put this down to some of the lack of engagement that we have been seeing over the last year and hopefully, once we are up and running again, there will be more enthusiasm to be doing what we have been missing. If the current storage location is an issue, we can look around for an alternative arrangement.
As for the strategic plan, there was a meeting that Daniel and myself attended yesterday to discuss the path forward in respect to WestCycle and AusCycling. Neither direction was without it’s own issues but we are working towards what is the best solution for the majority of people within clubs in WA. Will it be awesome for everyone? No, but hopefully there are enough good bits to temper the not so good bits. This is definitely still a work in progress.

This is definitely something that is easy to organise on a purely amateur basis. The professional’s are generally not that keen to take business off themselves by teaching you all their tricks. I have run some in the past and covered the basics, like how to clean and adjust things. We can certainly see who is available to run these sessions.
Suggestions like this don’t have to wait till and AGM. Just bring items like this forward to a committee member and they can table it with the committee for discussion.

The club excels from the pure athletic point of view with organisation of social rides and race events. However, It is my believe that a cycling club without a mechanical support is like a body without an arm or a leg. I would be personally happy to pay an additional fee provided that the club could reach an agreement with a local bike mechanic for at least an annual labour free bike maintenance. It would be also great if the committee could work in the direction of obtaining agreements with on line services for discounts in parts and clothing. I understand that an attempt for the last one was provided for the cycliq cameras and this was highly appreciated. My question is whether the committee is really interested in focusing on this.

We have done this in the past for certain items (helmets from TBE) but the take up was not always that good. People all have personal preferences and getting a discount on a particular product was not to everyone’s taste. It is an area that we can look into again, but it is a lot of leg work and we are at the mercy of what shops want to give us. I doubt that we could secure a free bike service, without it costing the members quite a bit. But we will see what we can get.